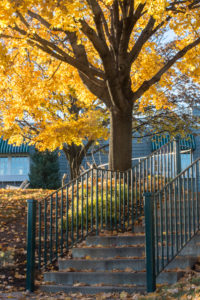 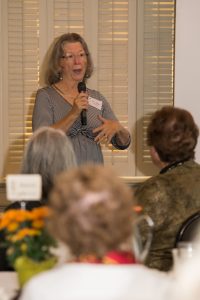 The meeting began with Dr. June LaVelleur, an OB-GYN physician for many years, spoke on women’s sexual health.   Sexual health for anyone is important to overall health and quality of life.  Yet, more the 50% of people have some degree of sexual dysfunction.  Female sexual health is a part of many inputs including:

* A positive feeling about their partner

For a variety of reasons most physicians do not ask about sexual health (they receive little to no training on the subject) so an individual has to be assertive and bring it up.  It is important to one’s overall health to talk about concerns with a physician because there could be dysfunction or problem that can be addressed and solved (or at least made better).

Research has shown that when asked, almost 100% of women responded with more than one concern. Concerns are real and could be a sign of:

* Decreased of absent desire related to relationship with partner, medications, pain, illness, hormones, fatigue, cultural upbringing and so on.

The important point is that there are a variety of treatment options available that range from therapy (individual or couple) to medications.

The key take-away was that sexual health is as important as any other aspect of an individual’s overall health and quality of life.  The majority of concerns can be addressed if they are brought forward.  Find a physician who will listen and help!

After Dr. LaVelleur’s talk, dinner was served and organizational announcements were made. 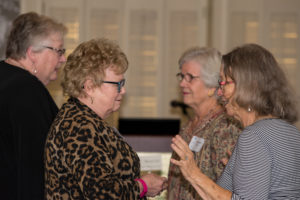 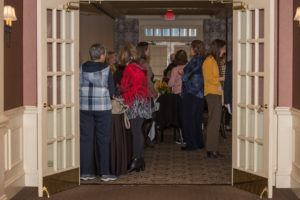 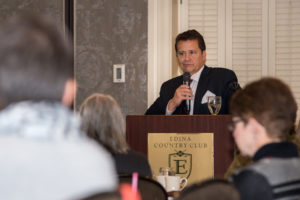 After dinner, Jeff Almer spoke to the group about food safety from a very different perspective.  He told the story of his personal journey with food safety by way of the death of his mother.   Mr. Almer’s mother survived brain cancer only to die from contaminated peanut butter.   His persistence in avenging her death led to the Food Safety Modernization Act.

Mr. Almer’s mother was 72 years old when she died.  The family thought she had died as a result of pneumonia until a call came from the MN Department of Health inquiring about her food intake.  A newspaper article shortly thereafter reported a 72 year-old woman from northern MN  that died from food poisoning linked to peanut butter.  One peanut butter manufacturer was cited as the root of the contamination issue.  It was uncovered that the CEO knew of the contamination, records were falsified, and the product was shipped in spite of confirmation of being tainted – and this was not the first time the company had done this!  The Almer family quickly recognized that woman cited in the news article was their mother. The shock over the negligence of the peanut butter manufacturer quickly turned into rage and a determination to fix a problem. 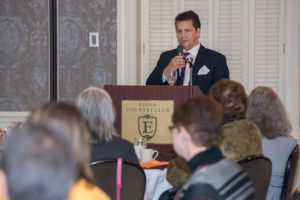 From the time of Mrs. Almer’s death in 2009, it took numerous testimonies in front of Congress, the help of Minnesota congressional members, the organization STOP Foodborne Illness, and efforts of many more people and other victims of this same outbreak to get the Food Safety Modernization Act signed into law in by President Obama in January of 2011.  The Food Safety Modernization Act created a mandatory recall process and the requirement for inspection of food manufacturers to occur every three years (previously inspections were virtually nil due to the sheer number of manufacturers and available inspectors).

Justice for the family took a bit longer.  It would be another four years before the individuals from the peanut butter company would be brought to justice.  In the summer of 2013, 70 indictments were brought against the peanut company and five of its’ officers.  In the end, the CEO and his brother were convicted.  The CEO is serving a 28 year prison term, the brother 20 years, two plant managers received six and three year prison terms and the quality manager is serving three years in prison.

Before the Food Safety Modernization Act was signed in 2011, the prior food safety bill in play was from 1938. The key learning for Mr. Almer’s presentation was that it takes persistence to change practice but that you cannot let the system win.  This mom did not deserve to die from peanut butter! 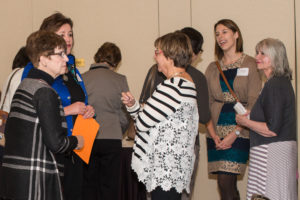 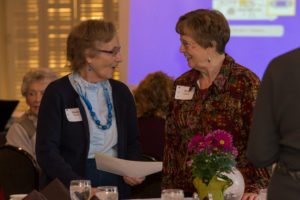