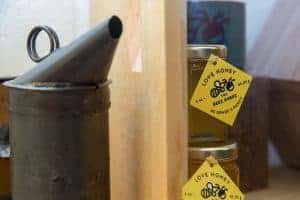 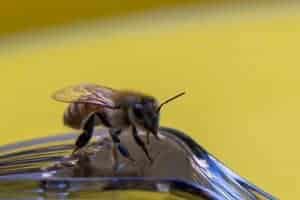 On Tuesday, September 19, FCS Professionals kicked off the year at The Beez Kneez in Minneapolis.  The evening began with a dinner catered by the Seward Co-Op. Dinner included a variety of wraps and sandwiches, fruit platter, roasted vegetables, and mini desserts. 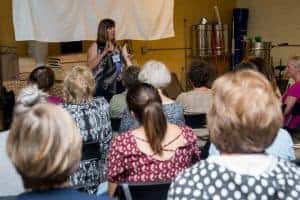 Following dinner, members and guests were welcomed by Susan Vance, Blog chair.  Susan encouraged attendees to like and follow FCS Professionals on Facebook and Twitter.  When posting pictures or videos from FCS Professionals events this year, people are encouraged to use #connectlearninspire and #fcsprofessionals in their postings.

Program chair Colleen Glenn thanked all who participated in the programming survey and announced the winner of the free meeting registration–Mary Bartz!  She then introduced our speaker of the evening, Kristy Lynn Allen, founder and beekeeper at The Beez Kneez. 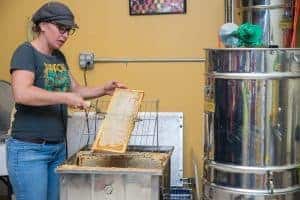 Kristy is a graduate of the University of Minnesota with a degree in Global Studies.  She did quite a bit of traveling the world and landed in Arkansas working with Heifer International. While working in agriculture in Arkansas, she first learned about the problems facing pollinators–including honeybees.  She spent time with her uncle in Northern Minnesota who is a commercial beekeeper and fell in love with bees.  Eventually she got her own bees and started a bike delivered honey business.  Dressed in a bee costume with a painted “bee bike” she pedaled around the Twin Cities delivering local raw honey.

Her story does not stop there! Not satisfied with merely running a successful business, she became a champion for the well-being of bees.  She runs bee education programs, not only for people interested in beekeeping, but also as general education for kids and adults to learn about the role of bees in our agriculture system.  She has lobbied and testified at the state legislature for stricter laws regarding insecticide use. 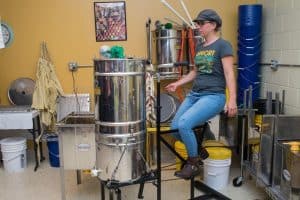 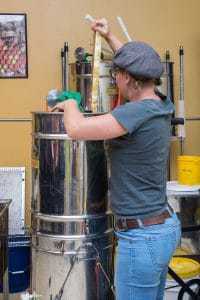 Following her presentation, Kristy delighted our group with a demonstration of honey extraction using her bike powered extractor!  Samples of honey and mustard were also available and many members made purchases to take some home. 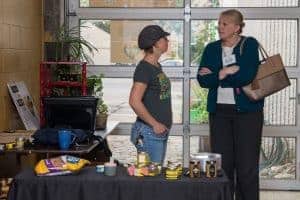 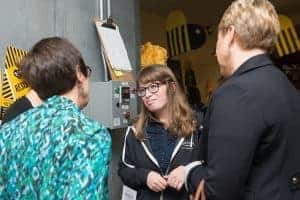 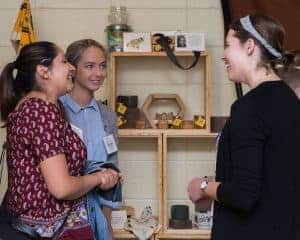 Join us for our next program at Summit Brewing Company on Monday, October 16!  Registration is now open!