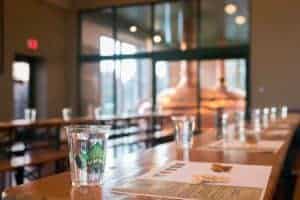 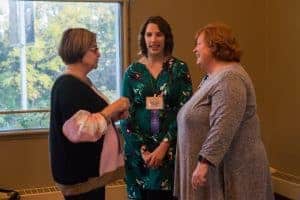 On Monday, October 16, FCS Professionals and guests met at Summit Brewing in St. Paul for an incredible evening!  The event began with a time of networking and “Mentoring Bingo”.  Attendees filled out a “Bingo” style form trying to find fellow professionals that worked in various areas of food and consumer sciences.  It was a fabulous way to meet and get to know each other better.  During this time, people in attendance were able to redeem their token for a Summit beer or root beer. 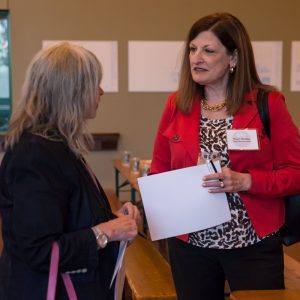 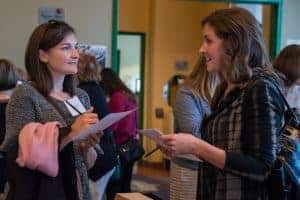 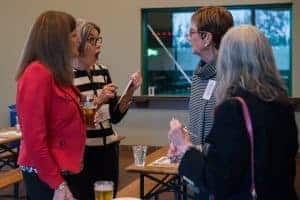 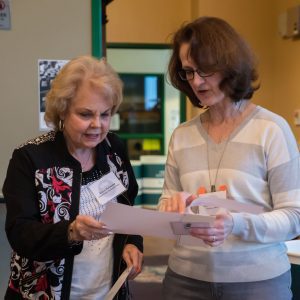 Guests were introduced and thanked for their attendance:  Alyssa Ambrose, Rachel Kunz, Geri Skogen and her nephew, Sarah Mateski, Curt Rahman, and Dave Tauscher.  New members were also introduced and issued a coffee card as a thank you: Jayne Bryne, Kathryn Holmes, and Kathryn Zessman. We had two students in attendance, Kathryn Holmes (new member!) and Katie Walz. 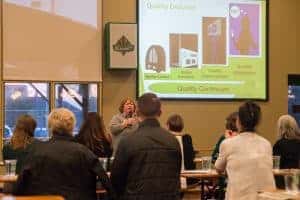 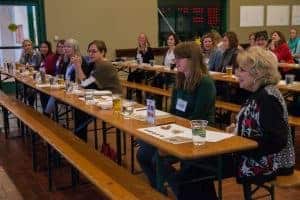 Our speaker for the evening was Rebecca Newman, Director of Quality at Summit Brewing.  Rebecca’s presentation was humorous and fun.  Her background is in food science but she has spent most of her career working in the brewing industry and also worked for a sake company.  Her passion for quality was evident.  She has spent her career changing the notion of quality–instead of worrying when the quality agent is going to show up to moving to a culture where everyone is involved in the quality process and it’s a part of everyone’s job. 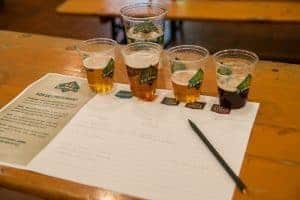 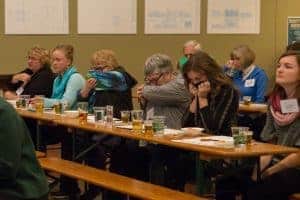 The next part of the program was a beer tasting lead by Rebecca.  We began the tasting with the Summit Pilsener, followed by the Extra Pale Ale EPA, Saga IPA, and finally the Winter Ale.  Rebecca instructed us on how to taste beer.  We learned about how the type of glass affects the taste of the beer.  For instance, plastic cups (the famous Red Solo Cup) are terrible vessels for good beer because of the shape of the glass.  The beer hits your tongue at the wrong place!  When moving onto the next beer to taste, we all needed to sniff our shoulders/arms to get to a “neutral” state.  Who knew that sniffing your arm was like sorbet for your nose!  A “palate” cleanser!  Why are salty foods so often served with beer?  Just to be thirsty and drink more beer?   Not necessarily!  Salty foods help to cut the bitter taste of beer. 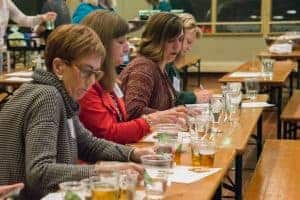 After the tasting, we were treated to pizza, salad and dessert from Skinner’s Pub and Eatery.

Finally, those that wanted to stay, went on a guided tour of the brewing operations seeing where the beer is fermented, bottled and stored. 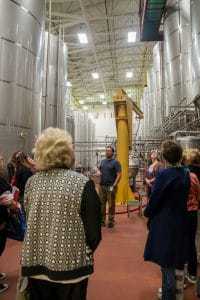 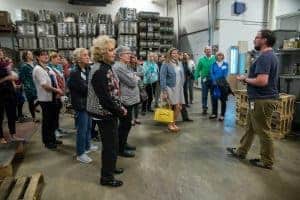 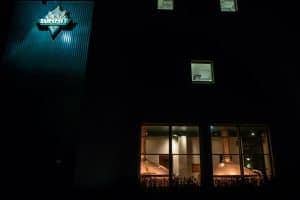 Our next meeting will be a joint program with MAFCS and TCHC on November 9.  Mark your calendars for Saturday, December 2 for a special Holiday Tea in Stillwater, Minnesota!  Space will be limited for this event that you will not want to miss!