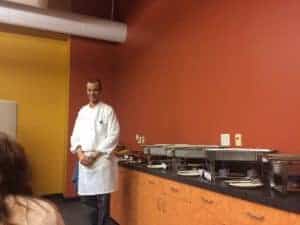 Chef and Owner Hassan Ziadi welcomed our group and explained each food item.

The delicious meal was catered by Moroccan Flavors Minneapolis . 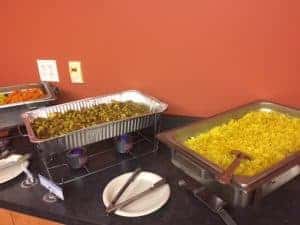 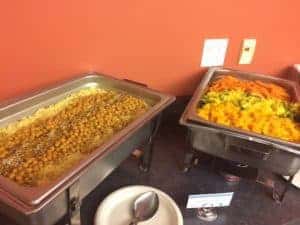 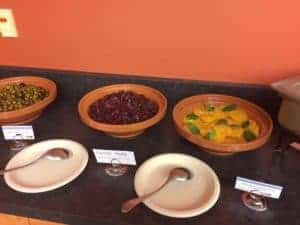 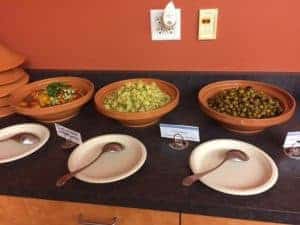 Justo Garcia, a City of Minneapolis Food Inspector, was our featured speaker of the evening.  Justo began his career in food safety in an unusual way.  He career goal as a college student in Colombia was to become a marine biologist.  As an intern, he knew that HAACP had something to do with food safety and he quickly became in charge of figuring out how the company could become HACCP compliant in six months!   He went from intern to full time employee and enjoyed his new wages while trying to figure out this HACCP thing!  After completing this challenge successfully he traveled the world.  Eventually he landed in the United States and got a job with Cub Foods. 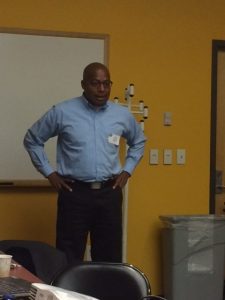 Justo Garcia explaining his role as a Minneapolis Food Inspector

Garcia explained that his role of food inspector is not to be the “bad guy” who tries to ruin eating establishments.  He wants to partner with them to ensure a safe eating environment.  He explained that most eateries want to do the right thing–in many cases its a matter of education and training.

Surprisingly, pests and filth are not considered a critical violation.  The main risk factor of a facility is the people.  Many workers come from various cultural backgrounds that have different views as what is considered “safe” food practices.  It is most important to provide excellent training to food service personnel. Garcia also briefly touched on the intentional contamination of food, also known as food terrorism.  There has been one instance of this in Minneapolis. 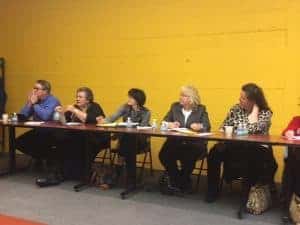 Thank you to everyone who participated in this very informative meeting of FCS Professionals!