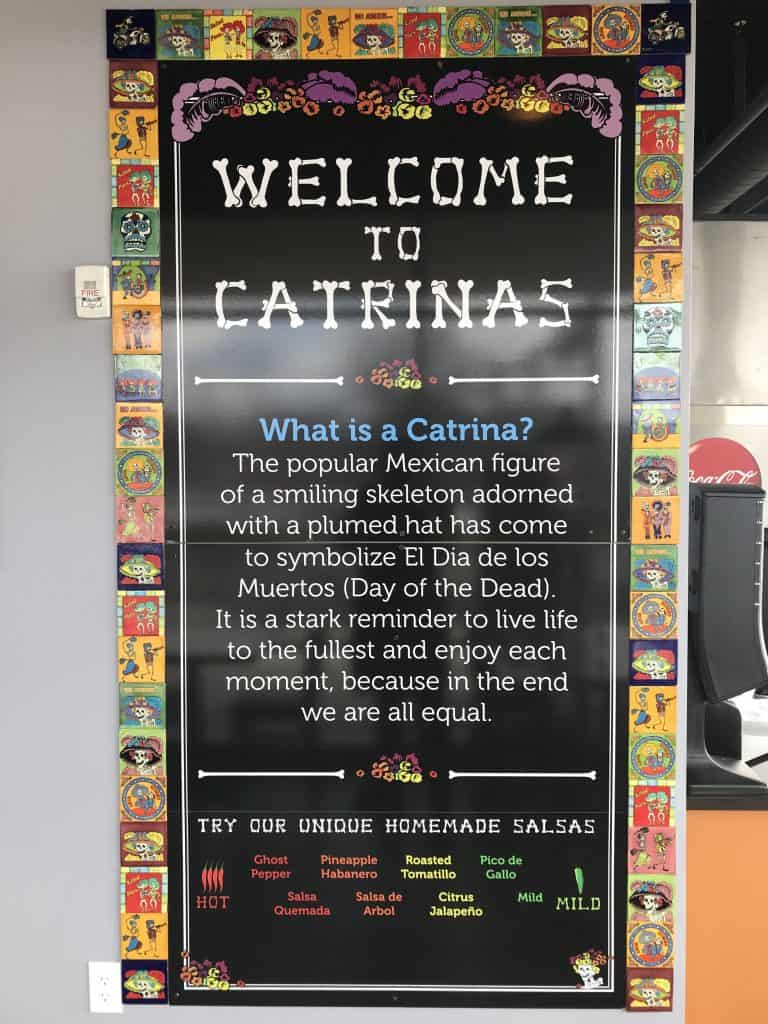 On March 18th, FCS Professionals and guests gathered at Catrinas Cerveza & Mexican Grill  at their St. Paul location for our March meeting. During the first portion of the evening, attendees enjoyed the happy hour drink specials to enhance the Spring Break vibes of the evening while they mingled and snacked on salsa, guacamole, and chips, all made in house daily.

Owners Lorenzo Tejeda and Paul Marshall then kicked off the event by sharing their story.  They have been friends for 10+ years and after working together in corporate restaurants they were ready for a change and thought, “Why can’t we open our own restaurant”? That is when the idea of Catrinas was born and they got right to work making that a dream a reality. They spent many long hour days getting their first location in Oakdale ready and on December 22nd, 2014 (yes, just a few days before the holiday), they opened their doors. They had twelve customers the first day, but did not let that deter them. 3M headquarters is about a mile away, so a few days after opening, they loaded their car and took samples for employees to try. Unfortunately, they were not allowed into the building due to security protocols. What do two guys with lots of delicious samples in their car eager to share them with people do?  Drive around campus and look for people outside on a (smoke) break, of course! Thanks to their quick thinking, it worked and those people who sampled out of the owners’ vehicle the day before, brought their friends to the restaurant the next day. Each day they got more and more new customers and as word continued to spread their customer base expanded. Today, the line wraps around the whole restaurant, but customers will tell you (and those in attendance at our event can now also agree), it is definitely worth the wait, not only the food, but the customer service and genuine appreciation shown by the owners and staff!

After their first anniversary, Lorenzo and Paul knew they had outgrown their first location and opened their second location in 2016. The trend continued and in July 2018 they opened a third location in Saint Paul -the space our event was held. As Lorenzo and Paul shared their story, we quickly learned that hard work, long hours, perseverance, determination, and great customer service, along with the power of “thank you”, really pays off. This is evidenced not only in their continuing growing customer base, but also their many awards and recognitions received.  They have won several awards including: Best Tacos in MN (twice!), Best Catering, and Best Lunch under $10.  They have been featured on a segment on Fox 9 Morning Buzz and  Pioneer Press this past November.

We also learned about the significance of the restaurant name and logo. The photo at the top defines “catrina”. The photo below is an example of a catrina.  Along with the logo, they use the slogan “Mexican to the Bone” 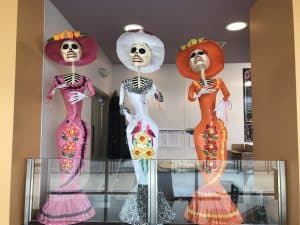 One thing that makes Catrinas unique is that they focus on fresh ingredients and flavorful dishes that are made by hand fresh each day – they don’t even have a microwave! The meats are all slow cooked and seasoned to enhance the flavors. They have a range of eight salsas from mild to hot available daily. Their spiciest salsa, Salsa Quemada, is an 8 or 9 out of 10 on the heat scale, yet it doesn’t burn your mouth, because they value the importance of good flavor. In addition to the standard salsas, they also have a daily salsa. Between the owners, cooks, and managers, they have at least forty salsas in their wheelhouse and are always coming up with new ones to try.

How did their cooking journey begin? Lorenzo admitted that growing up in Mexico City he did not pick up his kitchen skills–if you asked him to boil water, he would’ve burned it!  When he moved to the U.S, he started working in a restaurant as a dishwasher and over time started taking on more responsibilities.  Most importantly he had an awesome mentor, the head chef, that took him under his wing. Over the years, he started tweaking recipes he learned until he developed his own style and flavor profile. Paul has worked in the restaurant industry his whole career, starting as a dishwasher and moved through various positions in the kitchen, and his interest and skills developed over time until he too developed his own style in the kitchen. Their combined skills and recipe portfolios matched perfectly to allow them to create the delicious brand that Catrinas has become.

For those who were unable to make the event or are looking for another chance to try Catrinas, they will appear this summer at Target Field as part of their Pop Up Restaurant Series featuring local restaurants. Also, to add to their vast array of choices on the menu, Catrinas also features the following specials during the week along with Happy Hour M-F 4-7 p.m. and all day Saturdays:

After Lorenzo and Paul shared their story, they walked attendees through a sample platter of their various meat offerings and then attendees got to build their own dinner with the choice of Tacos, Burrito, Catrina (taco) Bowl, or a Taco Salsa with all the toppings of their choice. They also got to enjoy their choice of two traditional refreshing drinks, Horchata (sweet rice drink) and Jamaica (Hibiscus tea). While we were enjoying the meal, Colleen Glenn, Program Co-Chair, taught the traditional word to use before sharing a meal of “Provecho” which roughly translates as “Good Health”. This would be similar to saying “Salud” or “Cheers” before enjoying an alcoholic beverage. She also shared her personal connection to Catrinas. She counts the owners of Catrinas as very good friends who are more like family. Also the manager of the St. Paul location (and also designer behind the Catrinas logo), Jorge, just so happens to be Colleen’s boyfriend!  Thank you to those who attended. It was a fun event and all felt like they were experiencing a Spring Break vacation right here in Minnesota!

Thank you Colleen Glenn for organizing this event and providing the recap!