February Program Recap: Beyond the Basics–The Future of Food and Food Safety 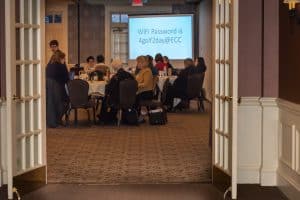 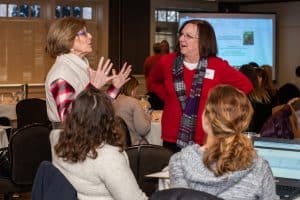 On Friday, February 22 FCS Professionals hosted their second annual Beyond the Basics conference at the Edina Country Club.  This year’s theme was “The Future of Food and Food Safety.”

The first speaker of the morning was Kim Carlton, MPH, REHS, CFOI—MDH Food Safety Partnership Unit Supervisor.  She presented, ” The MN Food Code: The Road to a Long-Awaited Update and Beyond!” Kim first walked participants through the background history of developing the new food code.  We all quickly learned that this was certainly not an easy nor fast process!  She then explained some highlights of the new food code. A document of FAQs surrounding the new food code can be accessed here. 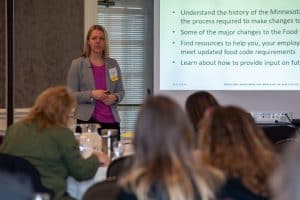 She also provided the following website from the Minnesota Department of Health that has many resources for food business safety.  That website can be accessed here

After a short break, our next speaker was Craig Hedberg, PhD, MS, Epidemiologist & Co-Director of the Minnesota Center for Food Safety Excellence.  His talk was titled, “The Power of Information to Prevent Foodborne Illness”.  There are 48 million reported food borne illnesses (FBI) yearly in this country which equates to less than one FBI per 5,000 meals consumed.  In his work, they are predicting that more unusual food items will come forward as we are getting better at identifying them.  For instance, at one point it was thought that tomatoes could not be a source of FBI because they were “too acidic” but they now know that not to be true at all.  Tomatoes are less acidic than they used to be in order to be more palatable to consumers.  They have found that tomatoes soaked in salmonella contaminated water will absorb salmonella into them! 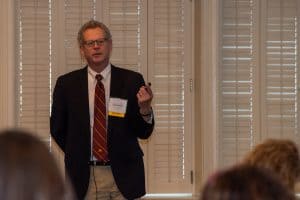 Dr. Hedberg talked about PulseNet which is a public health surveillance tool. They believe that since the inception of PulseNet that 270,000 cases per year of FBI have been prevented resulting in a savings of 1/2 billion dollars in medical costs and lost productivity.  He said we are getting much better at finding outbreaks.

Following Dr. Hedberg a buffet brunch was served after and participants were able to refuel for more learning! 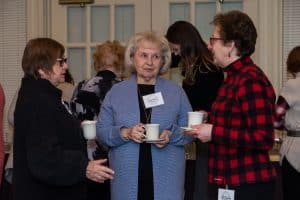 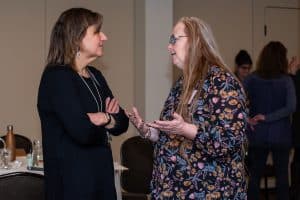 The next speaker was Angie Ames, the Food Safety and Quality Assurance Coordinator for Kwip Trip, Inc.  Kwik Trip, Inc is so much more than a gas station–their convenience stores have evolved to include healthy, fresh items at great prices.  They make eighty percent of their brands themselves.  Their main distribution center is located in La Crosse, Wisconsin and includes a bakery that can produce 225 loaves of bread per minute! 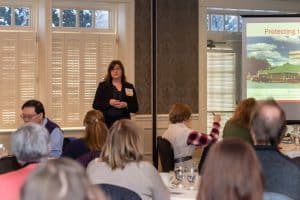 Last summer Kwik Trip made headlines as an outbreak of food borne illness was traced to Del Monte veggie trays sold at Kwik Trip stores in Minnesota and Wisconsin.  Angie’s presentation, “Protecting Your Brand Through Food Safety” discussed ways in which Kwik Trip has processes in place designed to minimize food safety issues and also to deal with such outbreaks.  In their quality system, the first step to protecting themselves and the public is through thorough checks of their suppliers to ensure their safety standards are on par with their own standards for things made in house.  It’s an ongoing process of audits and vendor relationships.  It was fascinating to learn of the quick action taken by Kwik Trip to minimize exposure once they were notified of the problem.  Communication went out to stores immediately with product being taken off shelves and the extra step of opening the packages prior to disposing so there was not the risk of people taking the veggie trays out of the garbage and consuming them.  Food banks were notified and corporate vending machines were emptied of the product.  The outbreak was attributed to cyclospora which was responsible for the lettuce issues of last summer as well.  After thorough testing and running cultures, they unfortunately were never able to identify the source of the cyclospora.

After a short break, the conference switched gears to the future of food.  Dr. Da-Qing Yang, PhD from The Hormel Institute of Health spoke on, “The Cutting Edge, Using Food Compounds to Treat Cancer.”  He has been researching breast cancer in mice.  In one study they looked at using calorie restriction (a 25% calorie reduction from standard diet) by means of a low fat and also a high fat (but still lower calorie) diet.  In that, they found that the mice on the calorie restricted diet had a lower instance of mammary tumors.  In a different mouse study, the mice were injected with cancer cells.  Some mice were given reversatrol (an antioxidant found in red wine) and others placebo.  One of the mice given this antioxidant did not develop mammary tumors (leading researchers to wonder if there was a mistake!).  Those mice that did develop the mammary tumors did not have the same discomfort with the tumors as the placebo mice.  For the mouse that did not develop the mammary tumors (despite being injected with the cancer cells), five days after stopping the reversatrol, the mouse developed a tumor!  Dr. Yang was quick to point out that the mice were given purified, concentrated reversatrol and this does not give us license to drink all the red wine we want.  But it was an interesting first step in the role of antioxidants in cancer prevention and treatment. 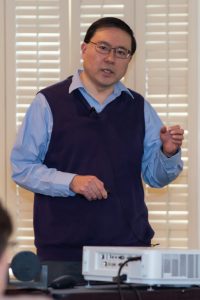 Our last speaker of the day was Amanda Archibald, founder of “The Genomic Kitchen.” Amanda is a registered dietitian and is passionate about “Cooking for Your Genes.”  She used an analogy of putting out a fire.  Would you rather put the fire out with a tea cup or with a fire hose?  The key in cooking for your genes is to consume foods that turn on your metabolic pathways to reduce inflammation. That is the fire hose! It is also not just a matter of consuming certain foods, but also preparing them in the most effective way and also serving them in such a way that you aren’t turning “off” the pathway!  She gave many preparation tips including the “hack and hold.”  With crucifers chopping releases an enzyme that makes it heat stable.  But you should wait an hour after chopping to put it to heat in order for enough time for that enzyme to be released.  Also acids can turn off the anti-inflammatory effects of the food so serve dressing on the side.  She also gave an anti-inflammatory grocery list of produce:  onions, garlic, leeks, watercress, arugula, cauliflower, radishes, bok choy, rutabaga, pink grapefruit.  For herbs/spices she recommends: turmeric, rosemary, thyme, marjoram, and sage.  Amanda is currently working with a hospital system in San Diego where they have teamed up with chefs and totally redeveloped the hospital menu to include these practices. 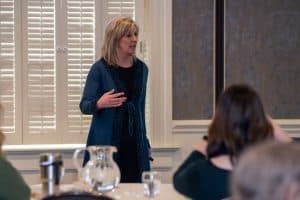 It was an amazing day of learning and networking.  Thank you to the FCS Professionals members who played a role in the planning and execution of the day! 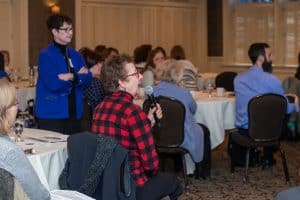 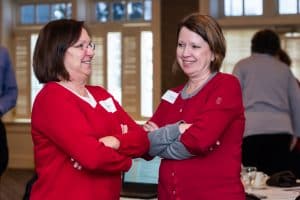 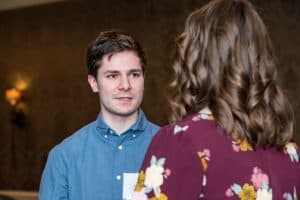