In the News: Culinary Skills

The Minneapolis Star Tribune published an article today on the Minnesota Life College that is teaching young adults with autism culinary and other life skills.  Worth the read! Click here

On Friday, February 23, FCS Professionals and guests gathered at the Edina Country Club for a professional conference, “Beyond the Basics–Trending Topics in Food Safety”.  The conference began with keynote speaker, Dr. Michael Osterholm.  Dr. Osterholm is a public health scientist and expert in biosecurity and infectious disease. He is currently the director of the Center for Infectious Disease Research and Policy at the University of Minnesota and is well known in Minnesota as being the former state epidemiologist. 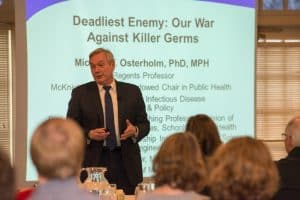 Dr. Osterholm provided attendees with fascinating (and slightly terrifying!) information about the spread of disease. In the 1850s it took one year to travel around the world.  With the invention of the jet engine, a person can travel in one day.  He said, “What is somewhere, can be anywhere in one day.”  He discussed an outbreak of H1N1 (Influenza A) at the Olympics in South Korea and wondered what the effect would be when everyone leaves to go home.

According to Dr. Osterholm the greatest security threat is infectious disease.  A large majority of crucial medications come from China.  What happens if there is an outbreak of infectious disease in China?  It takes nine days to go from Bejing to Long Beach, California.  Medication shortages could be a real threat.  He gave the example of the hurricane that hit Puerto Rico crippling businesses. Most IV bags are manufactured in Puerto Rico.  Medical facilities are still dealing with IV bag shortages months after the hurricane.  He also talked about how in Somalia, a two day cease fire was negotiated in order to mass vaccinate for small pox years ago.  Dr. Osterholm does not believe in our current world climate, that situation would happen. 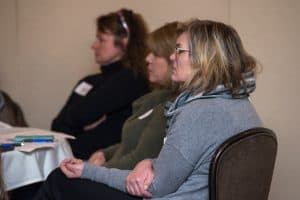 He also discussed chronic wasting disease (CWD) in deer.  For some time it was believed that simply avoiding eating venison from deer that were acting strange or looked sick was enough.  But now they are finding deer that have the CWD prion that show no outwardly signs of being sick.  There is an inexpensive test that can be run to determine whether the deer has CWD.  It is important that all deer are tested.  It can be easily spread at processing facilities because it is essentially heat-resistant and very difficult to kill.  The key takeaway—hunt deer but test it before consuming or processing. 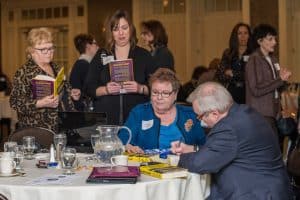 Following his presentation, a buffet brunch was served and attendees had time for networking.

The next speaker was Annette Maggi, MS, RDN, LD, FAND, President of Annette Maggi & Associates, Inc. She spoke on “Getting Clear on Clean Labels.”   So called “clean eating” is the new rage for those trying to follow a “healthy” lifestyle.  But what does “clean” even mean?  Ms. Maggi discussed  different definitions for “clean” as there is no official definition.  Consumers are demanding “clean” yet not always buying what they are demanding.  Someone in the audience noted that Trix cereal was recently developed to use no artificial dyes but people were not buying the new less brightly colored cereal. 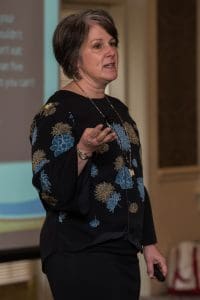 Instead of focusing on a “clean” label, Annette suggests a “clear” label.   When using the term “clean” it suggests all other foods are dirty and suggests that there is a prescribed number of ingredietns that is ideal and no chemical or additives hsoudl be seen in an ingredient listing.  Clear labels on the other hand suggest that everything shown in a product’s ingredient list has an essential function in that product.  Manufacturers educate consumers on the function of various ingredients.

A short break was taken and the next session was taught by Justo Garcia, Environmental Health Specialist, City of Minneapolis, City of Minneapolis Health Inspector.  Mr. Garcia spoke on “Food Adulteration and Economically Motivated Hazards.”  The term adulteration refers to anything that bears or contains poisons or substances that render it injurious to health.  Examples could include pesticides, larvae, rodent droppings, lead, arsenic, coloring agents, dyes or starches.  Garcia spoke of a few cases of intentional hazards.  In 2007-09 300,000 infants were effected by tainted milk formula that was contaminated with melamine in China.  In China there were two executions of those found responsible.  In 2007 melamine was found in pet food which lead to 3500 pet deaths.  One well known economically motivated hazard was with the Peanut Corporation of America where a salmonella outbreak killed nine people and 714 became ill.  Executives from that company were found guilty and sent to prison.  An interesting example was given of an orange juice company that was selling its juice as no added sugar.  An investigation found that they were adding sugar to their juice in secret.  Deliveries of the sugar were made at night and things were purposely mislabeled to hide the sugar.  Justo provided a few websites for reference: FSMA Technical Assistance Network,  Horizon Scan     USP Food Fraud Mitigation Services 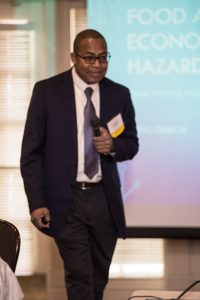 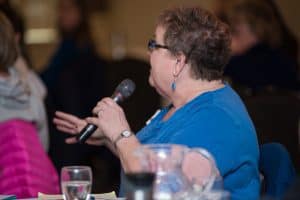 The final speakers were attorneys Alyssa Rebensdorf and Peter Goss.  Alyssa spoke on, “Foodborne Illness Basics–Getting down to Business.” 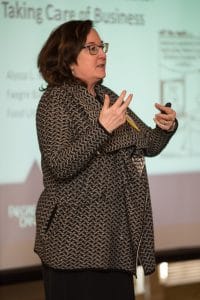 In 2016 there were 764 food recalls.  Of those 305 were related to allergens, 196 due to listeria, and 99 due to salmonella.  She has worked on listeria litigation most extensively.  She walked through the typical process of how litigation may occur after a food safety incident or “food poisoning” episode.  A person gets sick and believes it has to do with something they ate.  They seek medical attention.  Evaluation shows that they are a possible victim of a food borne illness.  A genetic analysis of the isolate occurs as well as patient interviews.  At this point, only 20 percent of people will consult a lawyer.  Surprisingly, Ms. Rebensdorf said that 54% of people who have been affected by a food borne illness will give the company/product another chance.  Only 11 percent of people say they will never eat at an establishment/eat a particular food item again.  She gave guidelines for businesses when a claim of foodborne illness occurs: 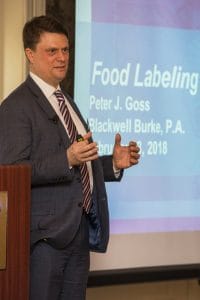 Sometimes courts will defer to regulators–sometimes not. As all of us in the food and consumer science industry know– terms like “all-natural” do not have an agreed upon definition.  He gave the examples of Snapple–at one point its label said “all natural” but people scoffed–can it be all natural if it contains high fructose corn syrup? He gave three examples where “common sense prevailed” in lawsuits  

At the conclusion of the program attendees filled out evaluation forms and gathered their CEU certificates.  Thank you to all who worked hard putting this conference together.  It was an amazing day of learning and networking! 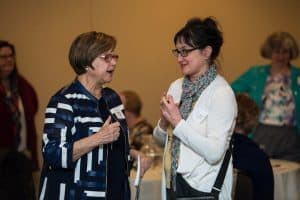 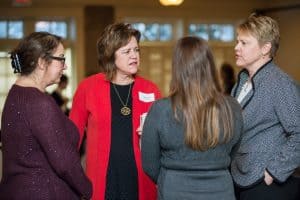 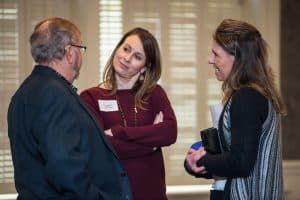 We are just a few months away from the end of our organization’s calendar year so it’s time to call for nominations for our PROFESSIONAL AWARDS! All awards may not be given every year.

Please email your nomination to Jean Knaak at: knaak002@gmail.com. Nominations must be received by May 1, 2018.

The FCS Professional of the Year: This award recognizes or honors a member for her/his leadership in their profession and outstanding service to this organization. This is the highest organizational award a member can receive.

Volunteer of the Year Award: This award recognizes a member who represents the community involvement-spirit of FCS Professionals through community outreach/enrichment they perform

Emerging Leader Award (formally Making a Difference Award): This award recognizes professionals who are new to their industry, have been members of FCS Professionals for 5 years or less, and have made a notable contribution to the organization.

Behind-the-Scenes-Star: This award recognizes a member who works diligently to execute programming, results, and/or innovation, within the organization but aren’t in any formal position on the board (board members are not eligible for this award).

Spirit Award: This award recognizes a member that has shown particular championing behavior for FCS Professionals.

Provide the following information FOR EACH AWARD NOMINATION: Limit responses to 1 page.

Member You Are Nominating

Award You Are Nominating this Member for

Reason that you are nominating this individual (include detailed contributions to the FCS Professionals Organization and to the profession, as well as, anecdotal information, and personal experience is encouraged).

VCS is seeking an experienced food/retail Operations Director for the VA St. Louis VA Medical Center. Applicants must have Federal status at or above grade GS-14 or be honorably discharged veterans. Candidates must meet specialized skills and have 3-5 years multi-unit food operations management.

For further applicant requirements and candidate preferences please visit:
https://www.usajobs.gov/GetJob/ViewDetails/492077100
(applications must be submitted via this link)

For information on other openings in the VCS contact Bridgette Diggs, (314) 845-1221 or Bridgette.Diggs@va.gov. And please share this information with veterans and Federal employees you know.