In the News: Levinksi’s Culinary Team to Serve at Taste of the NFL

Click on the following link HERE and scroll to page two to read about FCS Professionals member Mary Levinski’s culinary team from Sauk Rapids-Rice High School and their opportunity to serve at the Taste of the NFL event this week. 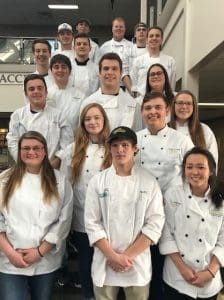 A huge congratulations to FCS Professionals members Mary Levinski and Lori Brumbaugh who were recently honored with prestigious awards. 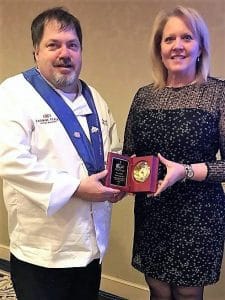 Mary Levinski was named ACF Educator of the Year from the American Culinary Federation. Per the ACF, “This award pays tribute to an active culinary educator whose knowledge, skills, and expertise have enhanced the image of the professional chef, and who by example, has given leadership, guidance, and direction to students seeking a career in the culinary profession.  This person demonstrates the ability to help students define and develop their careers by using their skills and abilities to provide a strong foundation for their future success.” 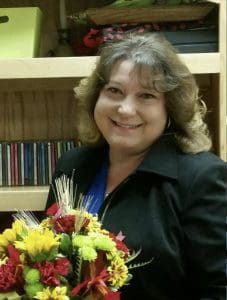 Lori Brumbaugh was named 2018 MnACTE ( Minnesota Association for Career and Technical Education) Teacher of the Year.  She is a finalist in Region 3 and hopefully will compete at the national level.

Our January program was held at Land O’Lakes on January 18, 2018. Mallory Wassberg, Senior Interactive Specialist in the Land O’Lakes Test Kitchen spoke to the FCS Professionals and guests on Current State of Social Media.   Social media is a rapidly changing environment and Mallory advises to jump in, give a platform a try and if it doesn’t work for you or your business move along to the next!

The top network is Facebook (FB) with 2 billion unique users.  79% of Americans use Facebook of which 85% are female and 75% are male.  Of those users, 75% spend 20 minutes or more each day on the platform.  Some new features that you might be noticing are “live” streaming – so essentially recording and playing in real time on FB and “story” which disappears after 24 hours.   A rumor may have been going around that Facebook was on the decline but the numbers and engagement would suggest otherwise.

YouTube comes in second with 1 billion active monthly users.  Users are 55% male and 45% female.  YouTube has two million views per minute!  This network reaches more 18-34 year olds and 35-39 years olds than any U.S. cable network does!  Something new is YouTube TV ($35.00/mo) which is capturing the “frustrated with paying for cable” group and competing with Netflix showing TV on demand, movies and even live TV can be streamed.

Instagram is the third largest platform with 600 million users of which 55% are 18-29 year olds.  95 million photos are shared every day!  The top photo shared is pizza and food in general is the most shared photo.  So, this has been a good media platform for Land O’Lakes for promoting their recipes.  Instagram also has a new ‘live’ feature and ‘story’ feature that goes away after 24 hours.  Interesting side note is that Instagram is owned by Facebook.  Snapchat which is similar and was first to market is being over taken by Instagram.

Speaking of Snapchat, they have 300 million users of which 70% are under the age of 34 and 70% are female.  This platform has taken the place of texting for these users.  Messages disappear in 24 hours so it is not the repository of past events like Facebook is.  Something new coming to Snapchat is ‘crowd surfing’ which is basically taking all the conversations happening on one topic and pulling them all together to make a virtual gathering.   Mallory warned to be aware of people with spectacles (glasses) with round dots on each lens corner – this is the new ‘spectacles’ application that allows the person wearing the (~$99) glasses to film everything they are seeing and stream it on Snapchat.

Pinterest is lower on the “top of” list with only 150 million users that are mainly female and pretty evenly split with 36% being millennials and 34% Gen Xr’s.  Something new with Pinterest is the ability to do a visual search – upload your photo and it will find you all the photos with that item (e.g. a specific table lamp or flower type).  One unique aspect of Pinterest is that [millennials] pin their desired state of being/having vs. reality.  So it is a “dream” board.   This is also a good place to sell things.  For businesses, brands are more likely to be pinned so Land O’Lakes has a goal of doing 1-2 pins each day with many pins driving the pinner back to their website.  Given the “future state” planning of pinners the key is to think ahead.  So Mallory’s team is always working 3 months out (e.g. Christmas pins in Sept./Oct.).

Number 4 is Twitter which is a bit on the decline.  Twitter has 328 million users split about 50/50 between men and women.  Many users are “lurkers” meaning that 53% never post updates.  Main interest on Twitter is for news, sports and culturally relevant topics.

Some projected trends for 2018 -19 include; ephemeral content (lives for 24 hours; targets the can’t miss out mentality), augmented or virtual reality – iPhone 8 and X already have this capability, chatbots (simulates conversation – these are the robots that coherently talk to you on the phone), and an increase in video.  Video elicits engagement with 80% of Internet traffic expected to be for video by 2019.   Two of three people would rather watch a how-to video than read instructions.  Three in four people buy a product after watching a video about it and 3 in 4 people share a video when they find it entertaining.

Mallory concluded with tips for businesses (or personal) – test out different options, post consistently and connect with others.   Ten seconds is the average attention span so chose your words and visuals wisely.  People consistently scroll so your post has to catch their attention quickly!  From the Land O’Lakes experience the best days to post are Wednesday at 7pm for Instagram; anytime for Pinterest and Tuesday noon for live videos.

Don’t forget to register for our professional conference, “Beyond the Basics—Trending Topics in Food Safety” to be held at the Edina Country Club.  Early bird pricing ends on February 13 so don’t delay!  Click here to register.

“Beyond the Basics–Trending Topics in Food Safety” Registration is OPEN!

FCS Professionals is thrilled to be hosting a the seminar “Beyond the Basics–Trending Topics in Food Safety” and registration is now OPEN!  To register click on the Eventbrite link here

For more information on the seminar visit our webpage and download the official brochure.

A Facebook event has been created here.  Please SHARE on your personal Facebook page to get the word out about this incredible opportunity to learn from area experts and earn continuing education credit!